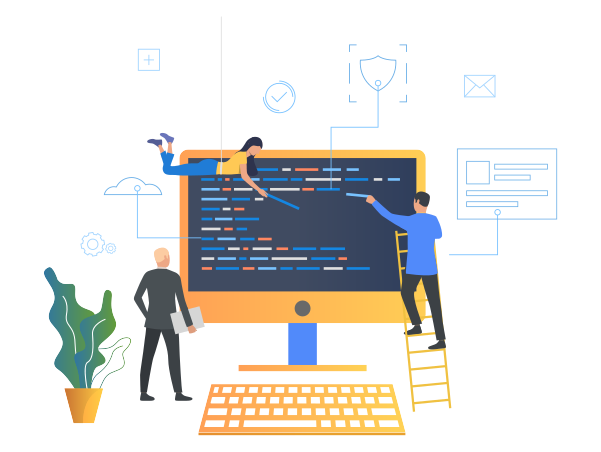 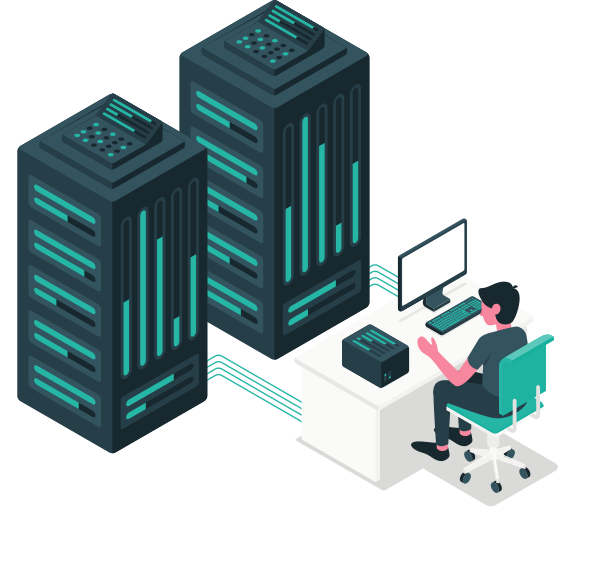 This is a realy quick but awesome one.

By just adding the line ForwardAgent yes to our server’s sshd_config file we can let it forward our SSH credentials to other servers it connects to.

This is specially awesome if you use the account to pull a repository or connect to a server that’s behind a NAT. Remember to use the -A flag to connect to your server to allow agent forwarding.

The first step to create your own Progressive-Web-App is to create a file named “manifest.json”.

In this file you save all the relevant information about your PWA like the name, language, URL, icons and more.

This file then just needs to be placed in your web-project and included into your application via a <link> tag in the “ section of your e.g. "index.php” file like: <link rel="manifest" href="manifest.json">

You can check if the manifest was loaded successfully by right-clicking on the website, select “Inspect-Element” and head over to the “Applications” tab.

Unfortunately not all browsers support all features of this standard, like Safari. If you run into issues you can check out “PWACompat”-library to improve the compatibility of your PWA.

If you haven’t tried PHPStan yet, I can wholeheartedly recommend you do.

It extends your ability to find bugs in your code by a lot, pointing out potentially dangerous operations that may lead to issues on other places.

You may think that returning an int when you should return a bool is a minor issue. But it will most definitely cause issues in the future.

Using a static analyzer like this, vastly reduces the need for you to write unit tests for obvious things. You can focus on the issues that really matter and let a tool like PHPStan point out the obvious stuff to you.

Apache RewriteRules, what the dollar and the percent signs mean.

Earlier today I’ve been looking into migrating Spitfire’s folder structure from hiding the code inside a private /bin folder, to having a public folder. This is an approach that works very well for frameworks like Laravel and CakePHP.

I saw a bit of code inside of Laravel’s repository that I thought was really nice and I wanted to use it to make consistent URLs. It looks like this:

(I actually closed the tab on github, so I wrote that from memory)

Basically, it removes the trailing slashes from URLs and makes them all consistent. When I started Spitfire I always thought that trailing slashes were kind of a requirement when you have no extension. But seeing this big framework moving away from it made me want to do it to - since I personally like how URLs look without the slash.

But when I was writing it, I wrote it like this:

And this cause Apache to constantly crash on me. Which was rather disappointing. Googling around I learned that it actually makes a considerable difference if you have a $1 or a %1 in your code.

The $1 will match the result of the rewrite rule. Rewrite rules, to the best of my knowledge always act on the request_file and not the request_uri. This causes the browser to redirect like this:

You can see that the web sever is now appending the complete path (including /var/www) to the URL. This obviously goes nowhere and will prevent the application from loading anything.

But, if we go back to the script that looks like this:

The server is now replacing the match it found inside REQUEST_URI, which is indeed what we wanted. I hope you find this useful!

Remove an item from your git repository when it’s .gitignored

We all have done this. We added a file to the repository, committed it and noticed it afterwards. Then we added it to .gitignore but git just won’t remove the file from the repository any more.

Here’s a quick and easy trick to remove a file from your git repo even though it’s gitignored:

If it’s a directory you wil have to add -r at the end of the command. The file will then be listed as deleted, and with a commit it will be gone.

Note: It seems that git has recently changed the behavior for handling files that have been added to .gitignore but are still in the repository. The previous version of git seemed to pretend the file did not exist, the newer versions will simply ignore .gitignore until the file is gone.